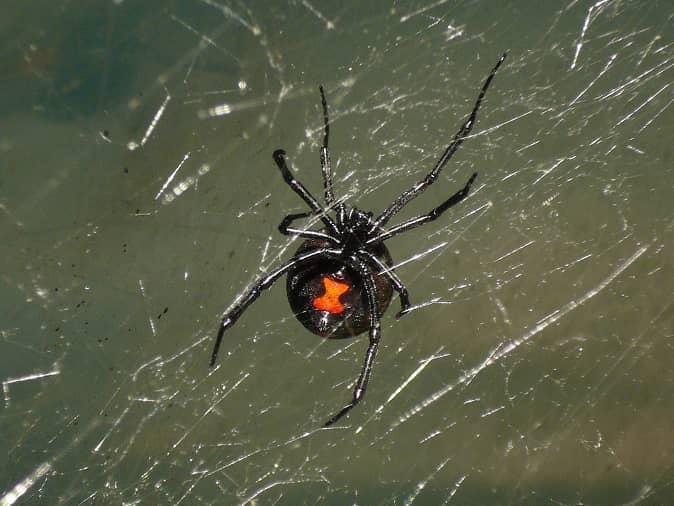 Are black widow spiders really a problem in New Jersey?

Believe it or not, the answer to this question is yes. Black widow spiders are found living throughout New Jersey, and while there may not be large herds of black widow spiders coming together to invade properties, they are common enough that you should be aware of their presence and take precautions.

Black widow spiders are usually found living in wooded areas but commonly enter homes, garages, and sheds to build their webs and hunt for food. Inside homes, they typically reside in crawl spaces, in basements, underneath furniture, around air conditioners, and other dark, closed spaces. People often accidentally come in contact with them while putting on clothing, shoes, or while reaching into a box or other dark space.

Black widow spiders are a venomous spider with venom that is strong enough to adversely affect humans, so they are considered to be a dangerous pest. The good news is that in most cases, there are no long-term complications to being bitten by a black widow spider.  The severity of symptoms depends on the location of the bite and how much venom the spider was able to inject. The venom affects a person’s nervous system and symptoms may include stomach pain, fever, and labored breathing; these symptoms usually go away within a few days. While black widow spider bites do not usually result in long term issues, if you have been bitten or think you have been bitten by a black widow spider, you should seek immediate medical attention.

What do I do If I have black widow spiders?

How do I prevent black widow spiders?

The best way to prevent black widow infestations is to make sure these arachnids aren’t attracted to your home and can’t access your home.

‟All the professional qualities a business such as Arrow Pest Control would expect a service technician to exhibit, Brian, effortlessly presented. From my standpoint, he offered GOLD STAR ”
Deb C.
Jackson, NJ
Arrow Pest Control received an average rating of 5.0 out of 5 stars from 1380 reviews. 5.0 Read Google Reviews